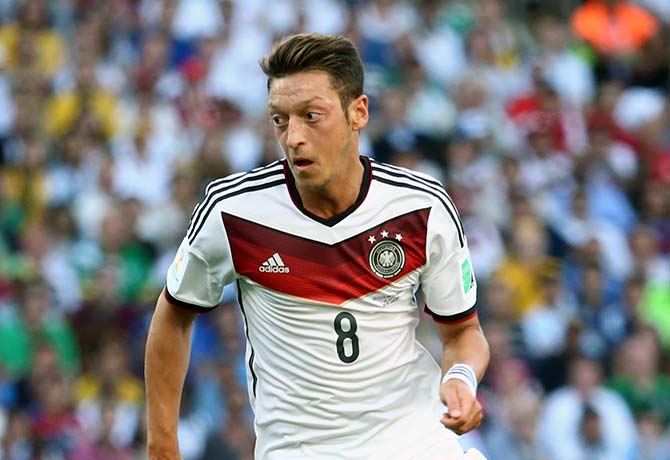 The most interesting match-ups this EPL week

As the closing act of the Formula 1 Singapore Airlines Singapore Grand Prix, Imagine Dragons delivered a dazzling show that could easily rival the sheer excitement of the tracks as race winner Nico Rosberg took to the podium.

“Let me see your hands up, Singapore, raise them up to the sky. Forget about work and school. We’re just here to celebrate music. Have you cleared your mind? Clear your mind!’ he urged as the audience went wild with swaying arms.

Good vibes were all around as Dan launched into an energetic rendition of “Trouble”, with his smooth vocals shining as the audience sung along.

After the cheers mellowed down, he continued giving his fans ample attention as he urged them to embrace music in the face of trouble.

“We currently live in a world of separation. There’s people trying to tear us apart but we won’t be afraid of anybody. I see no race, colour or religion. Music will destroy terror and anything that comes near it,” he said. Now that’s a worthy quote right there.

Playing to the audience’s penchant for older hits, Imagine Dragons satisfied them with “Demons” and “It’s Time” from their 2012 album Night Visions.

The latter’s catchy chorus “It’s time to begin, isn’t it?/I get a little bit bigger but then I’ll admit/I’m just the same as I was/Now don’t you understand/I’m never changing who I am” got the crowd moving as one.

Every now and then, Dan grooved towards the audience, hi-fiving the lucky ones and waving to those at the back. As he pointed the microphone at the crowd, the concert momentarily turned into a mass sing-along session.

Proving their mettle as the tour de force of rock music, the talented band members each took turns to perform instrumental solos throughout the hour-long concert.

Drummer Daniel Platzman showed off his dexterous rhythm, bringing the performance to new heights with numerous drum solos, while lead guitarist Wayne Sermon often segued into a brilliant series of guitar solos — most wonderfully in songs like “Hopeless Opus”.

In a funny twist that got the audience guffawing, Dan also poked fun at the drummer by revealing his single status.

Among the surprises to come, the front man led a young fan onstage with him. They soon lay down side by side, as if gazing at the night sky, while Dan continued singing into the mike.

By the time everybody was starting to lap up “I Bet My Life”, Dan’s sweat-soaked t-shirt had come off. His glistening bod drew more than a couple of shrieks, taking the concert to its climax with the band’s iconic track “Radioactive”.

Imagine Dragons performed for the Singapore Grand Prix on 18 Sep at the Padang Stage.