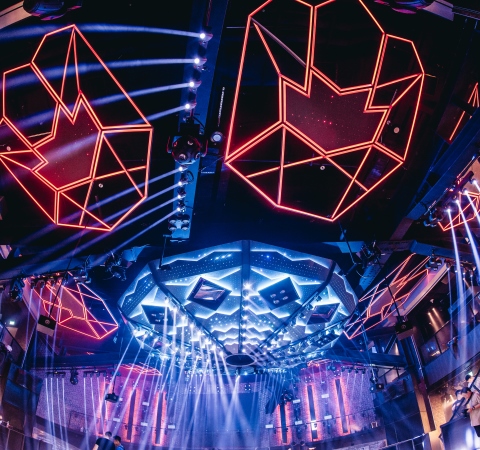 Zouk’s Insane Transformation – Here’s How It Looks Like Now

What artistic conversations flow between an American and a Singaporean artist?

Hollywood star Lucy Liu is well-known for many iconic roles, from a Charlie’s Angel to Dr. Joan Watson in the ongoing crime series Elementary. But years before she began pursuing an acting career, when she was 15, Liu developed an interest in visual art, presenting her work in many galleries globally.

From tomorrow, 12 January, you have the opportunity to see Liu’s artwork up close right here at the National Museum of Singapore. Liu is making her museum show debut there, at “Unhomed Belongings,” a joint art exhibition with Singapore artist Shubigi Rao.

An accomplished artist and a writer, Rao has won many awards for her works, including the notable Signature Art Prize 2018 Juror’s Choice Award.

The exhibition opening marks not only Liu’s first visit to Singapore, but also the first in-person meeting between her and Rao. So how did this joint exhibition come about? During a panel discussion at the National Museum, we learned that it was Ryan Su of The Ryan Foundation, a non-profit arts organisation co-presenting “Unhomed Belongings,” who decided to bring the two artists together.

Though the two artists had never met face to face, a joint exhibition makes sense. When you view their artworks presented alongside one another in the same room, the sense of a dialogue is palpable. Besides some more obvious similarities like a central usage of books, both artists demonstrate an interest in discarded or undesired objects, linking them to the artists’ personal sense of being ‘unhomed’ between two cultures.

“Unhomed Belongings” showcases a total of 15 works by Liu and Rao. One of the highlights from Liu’s collection is “Lost and Found,” an innovative series of many books that house various found objects in cutout frames of the pages. In this project that began since 2012 and is still ongoing, the everyday objects range from metal wires to rocks to a paper coffee cup, things from the streets and film sets that Liu picks up and decides to salvage.

Pick up one or two of the “Lost and Found” books and flip through the pages. In the new, imaginative context of books, the ordinary and discarded objects take on new life.

Liu shared that the painting “Baby’s First Christmas” is the most personal work she’s created. It’s featured in the exhibition along with another painting in the same series, “Family Portrait,” both of them drawing on her own childhood and family photos.

Another intriguing work by Liu you should check out is “Velocity,” an emotive mixed media piece created in 2011, in response to the September 11 attacks:

From Rao, her mixed media series of drawings, “Useful Fictions,” grab your attention immediately. It’s not just the expansive placement across the wall in the room, but also the striking combination of plain white and vibrant colours.

Take the time to read the writings, which pair with the drawings to dissect how we use narratives to help us understand the world.

Also displayed in the exhibition are two volumes from Rao’s multi-award-winning project, “Pulp: A short biography of the banished book,” revolving around the history of book destruction, censorship, and the book as resistance.

An installation that looks just like burnt books themselves is Rao’s “Blotting the Ledger,” which are actually financial books soaked in ink, the same ink used for the text and drawings they contain:

“Unhomed Belongings” opens to the public for free from 12 January until 24 February.

Celebrate the launch with the artists themselves (yes, Lucy Liu and Shubigi Rao will be there!) at the official opening tonight, 11 January, at 7pm.