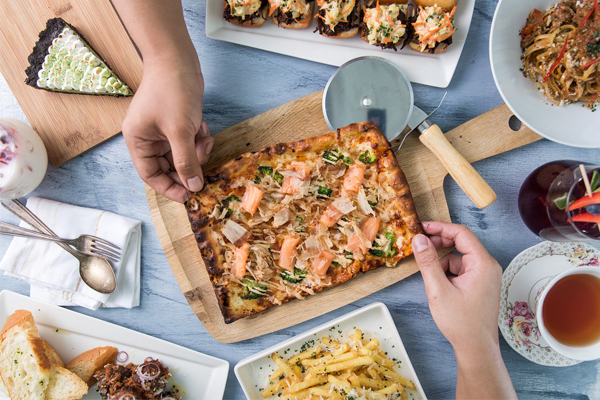 K-pop has taken over the world by storm, and Singapore is no exception to the craze. We might just be the best place in the region to ride the K-wave, because the biggest K-pop music festival in Southeast Asia is coming to Singapore!

After teasing us since May with a gradual reveal of the line-up, HallyuPopFest finally revealed its full line-up, with more than 100 of your favourite Korean idols set to perform at the musical event!

Hosted by Korean American singer Eric Nam, the festival will be happening at the Singapore Indoor Stadium for three whole days, from 7 to 9 September. That’s also the last weekend of the school holidays, so that you can party to your K-loving heart’s content!

Headlining HallyuPopFest for two nights is megahit boy band, Wanna One. Wannables, you don’t want to miss what might be your last chance to catch them live in Singapore, before the group’s impending disbandment at the end of this year. To make their farewell memorable, Wanna One will be performing different setlists for each of the two nights. Other popular South Korean idols performing include Apink, Taeyeon, BTOB, Momoland, AOA and NCT 127.

One thing to note is that the HallyuPopFest isn’t just one giant concert conglomerate.

Besides highly-anticipated performances in the evenings, you can also enjoy daily free afternoon showcase performances by two selected artistes each day, and red-carpet fan events.

If you purchase a premium ticket, one of the two types of DAEBAK! Passes, you have the chance to get up close and personal with your favourite idol. Perks include a group photo with an artiste, Hi-Touch (the K-pop fanmeet version of fans giving the idols high-fives or handshakes in a line), and dedicated priority access to the arena before everyone else!

Ever dreamed of becoming a K-pop star yourself? This is your chance. All ticket holders will get the chance to audition for three top Korean entertainment companies – Starship Entertainment, Jellyfish Entertainment and Cube Entertainment, which manages popular K-pop artistes HyunA and BTOB. Audition categories include singing, dancing and acting.

Tickets go on sale to the general public on 7 July, with standard ticket prices ranging from $148 to $298 per day. But you can snag the exclusive three-day pack, limited to Category 1 and DAEBAK! A Pass tickets, during the one-day priority sale on 6 July, from 10am to 11:59pm.