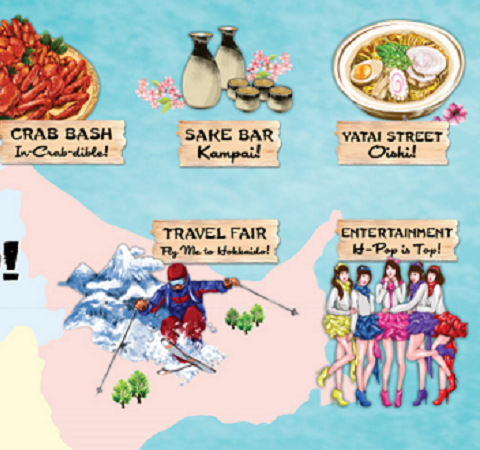 A 10-Day Hokkaido Festival Is Happening At RWS

Mark your calendar, ZoukOut will be back on Dec 11 and 12

The excitement’s in the air and pulsating bodies are moving to the same beat — there’s no mistaking Singapore’s definitive annual dance festival, ZoukOut. Back on Dec 11 and 12 at Siloso Beach Sentosa, the event is back and it’s bigger and better than before.

One World, One Music, One Tribe, One Dance.

Our sincerest apologies if the subhead caused some panic among Zouk fans. Worry not, this won’t be the last ZoukOut.

Nonetheless, ZoukOut 2015 is the final instalment that would be organised from its current headquarters at Jiak Kim Street before the 24-year-old superclub makes the big move to its new premises at Clarke Quay next year.

In fact, the upcoming festival is the club’s 15th edition since 2000. Diehard fans of Singapore’s most popular night club, how can you not be there?

Party with the biggest names in dance music

Most of the time, bikini-clad sun seekers and picnic-toting families dot the beaches of Sentosa.

Come Dec 11 and 12, some of the world’s biggest names in music will gather at the same sandy shores for Asia’s most anticipated music festival.

If one massive dance festival isn’t enough to satisfy your love for heart thumping dance music, there will also be a line-up of pre-parties leading up to ZoukOut:

As the only single malt whiskey at ZoukOut 2015, the delicate tasting alcohol will satisfy your thirst with its smooth and unadulterated flavour.

To sweeten up the deal, we’re giving away three pairs of ZoukOut tickets for the festival’s first-day events. Each ticket comes with two complimentary coupons for Auchentoshan whisky. Keep your eyes peeled for more information in our upcoming issue!