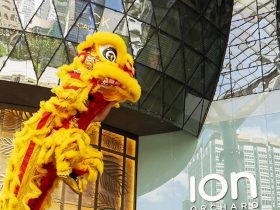 Will tickets sell out within the hour again?

Update (11 May): Hear the cries of Ed Sheeran fans who didn’t manage to snag a ticket his 11 Nov show in Singapore. Tickets for the British singer’s concert went faster than the Coldplay tickets – it sold out in a record 40 mins. In response, AEG announced ticket sales to a second show to be held on 12 Nov at 11am this morning.

Fans of Suffolk singer Ed Sheeran, get your pointers ready. The red-haired crooner, who recently topped the charts with his latest single “Divide”, will be heading to Singapore on 11 Nov.

Tickets go on sale from 11 May, 10am – and from previous experience, they may just sell out within the hour.

To perform at the Singapore Indoor Stadium, Sheeran is embarking on his Asia tour that also includes other cities Kuala Lumpur, Malaysia, and Dubai. More dates and venues will be revealed in time.

Sheeran recently achieved his first #1 on the Billboard Hot 100 with “Shape Of You”, followed by “Castle On The Hill” at #6, making him the first artist to debut in Billboard’s ‘Top 10’ with two songs simultaneously.