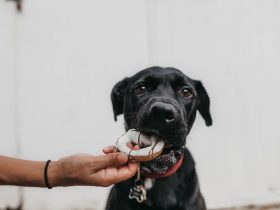 How To Treats Your Dogs Healthily

The Downton Abbey: The Exhibition is the answer to fans who have been eagerly waiting for more of the phenomenally popular drama, ever since it ended its run just over a year ago.

Presented by NBC Universal International Studios, the exhibition will kick off in Singapore at the Marina Bay Sands on 17 June.

Visitors will be immersed into the world of the Crawleys as they journey through the grand home of Downton Abbey and view the iconic locations from the series. The show’s official costumes worn by Michelle Dockery, Hugh Bonneville and Dame Maggie Smith will also be brought in from the UK.

The exhibition will also give visitors a chance to learn about British society, culture and fashion of the 20th century, and the various events of the era that helped shape history.

Recount what it was like to live through life-changing events like the sinking of Titanic, World War I, The Teapot Scandal, and eventually, the decline of the British aristocracy.

Downton Abbey: The Exhibition will open its doors to the public from 17 Jun till 31 Jul at Marina Bay Sands. Head here to pre-register for your tickets now.