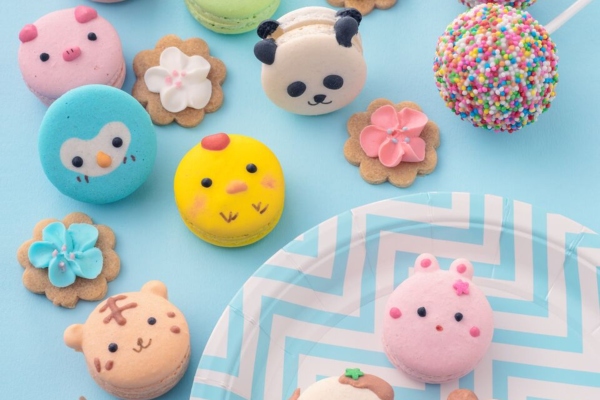 At the “Game of Thrones” Experience: World of Westeros interactive event, fans can ‘explore’ Westeros, see authentic props from the series and more

So you can’t wait for Season 6 of “Game of Thrones” to premiere on Apr 25.

You’ll be glad to know that while biding your time, you can ascend the Wall like Jon Snow, encounter Arya Stark’s sword from the series, take pictures with a Targaryen dragon and even claim the Iron Throne for yourself. For the very first time in Asia, HBO Asia is holding an interactive event for “Game of Thrones” fans in Singapore.

Here are the top five things every “Game of Thrones” fan must do at the exhibition, which will run from Apr 2-7, 1oam-10pm, at Ion Orchard B4.

1. Scale the 700ft ice Wall with an Oculus Rift

The main highlight of this event, the “Game of Thrones”: Ascend the Wall virtual reality experience will take you on an immersive journey to the top of the Wall.

Your adventure begins as you step into a physical recreation of the Castle Black winch elevator, where you will don the Oculus Rift virtual reality headset and a pair of headphones.

From that moment on, you will be transported into the world of Westeros and riding up the Wall on the same elevator to look out for the breath-taking view of the Seven Kingdoms – but beware, not everything is limited to virtual reality!

2. Get up close to actual weapons from the series

Besides the realistic experience of journeying up the ice Wall, you can also view a display of the actual weapons used in filming the series.

These include Oathkeeper, which was given to Brienne of Tarth by Jaime Lannister; Arya Stark’s Needle; Ned Stark’s Ice and the White Walker sword.

The Iron Throne is the coveted throne upon which the King of the Andals and the First Men sit. At this event, you will be able to see, touch and sit on a replica of this iconic seat of power.

Although, like its original form in “Game of Thrones”, you’d probably get to enjoy just a few moments of power and glory before being usurped by someone else waiting in line.

Even if you’re not a die-hard fan of “Game of Thrones”, you might get excited at this chance to ride a dragon – well, as close as you can get anyway.

Visitors will have photo opportunities with Daenerys Targaryen’s dragon, Drogon, against a green screen set up.

5. View original “Game of Thrones” artwork before it hit the screen

Ever wondered how the series was conceptualised, or what its characters, landscapes and creatures looked like before rendering and CGI magic?

You can pore through original storyboards and concept art from the series at this exhibition, and see what the artists behind “Game of Thrones” had in mind when they read the original script adapted from George RR Martin’s popular book series, “A Song of Ice and Fire”.

Tip: How to skip the queues

Given how popular the series has gotten in Singapore, queueing and waiting to try out the attractions may take longer than the series did to finally be crowned at the Emmy Awards.

If you’re a StarHub customer, you and one guest can be given priority to experience the Ascend the Wall virtual reality experience, to sit on the Iron Throne and to visit Daenerys Targaryen’s dragon.

Simply provide one of the following as proof: your StarHub network indication on your mobile phone; a digital or hardcopy StarHub bill from February, March or April 2016; or a successful log-in with your Hub-ID via the My StarHub App or StarHub Go App.

For everyone else, you can visit the exhibition during off-peak periods, such as weekday mornings and afternoons.