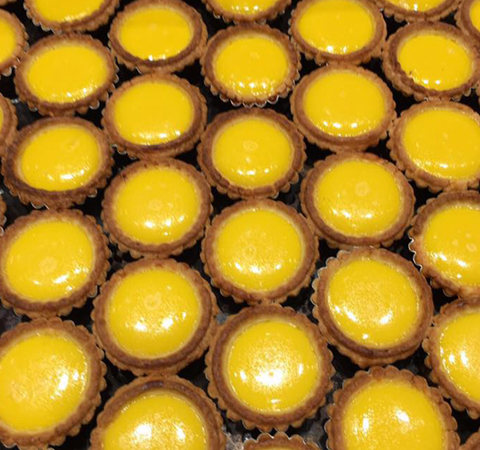 The Quinoa Tabbouleh is a quintessential Middle Eastern salad.

For the longest while, Arab Street had been Singapore’s mecca of Middle Eastern cuisine, with its smattering variety of Lebanese and Turkish restaurants.

Now, the newly-opened Fat Prince looks set to create a buzz at Peck Seah Street. Started by the folks behind Neon Pigeon, the café or bar-kebabery offers a modern take on Middle Eastern-style foods, from kebabs to spiced roasts.

You won’t find heavily carpeted floors or the whiff of musty incense here. Instead, the spacious cafe features high ceilings and a muted palette with Arabic mosaic prints on the wall.

A marble topped bar draws the eye to the center of the room — an invitation to start your meal with a cup of traditional Turkish coffee.

And so I did, but opted for something unusual instead. The Pistachio Latte ($7) brimmed with roasty, nutty notes and soothed my soul with every sip.

To start, we had the recommended Fat Prince Hummus, served with soft pita bread. The hummus dip, made extra creamy thanks to the use of duck fat, whet our appetites with its rich flavours.

Next, we tucked into the Quinoa Tabbouleh ($14), a quintessential Middle Eastern salad. The refreshing bowl of greens offers a mix of crunchy elements like red quinoa, mint, pomegranate, leaf parsley and more.

The taco-sized kebabs can be mixed and matched with the likes of traditional roast, spiced meats or vegetarian options.

The main event had to be the taco-sized kebabs (from $16 for two), which can be mixed and matched with the likes of traditional roast, spiced meats or vegetarian options.

I was particularly drawn to the Spicy Adalar Prawn, which had soft pita bread tacos cradling perfectly grilled prawns and strips of pickled pear and chayote (gourd). Each bite yields hints of sweetness, spice and zest.

Which kebab would pique your fancy?

While crowd favourites like the Spicy Beef Adana won’t disappoint, we’d pick the Smoked Kasar Cheese over that anytime.

This interesting kabab taco features grilled chunks of salty cheese coated with sticky-sweet pomegranate vinaigrette. Wrap it all up with the pita bread, candied nuts and all, then indulge.

If Fat Prince sounds exciting so far, diners will be pleased to know that they’ve got another upcoming dining concept called The Ottoman Room, which is joined by a large archway. Word has it that this sister concept will offer a different menu, with items like vine-leaf confit duck wraps.