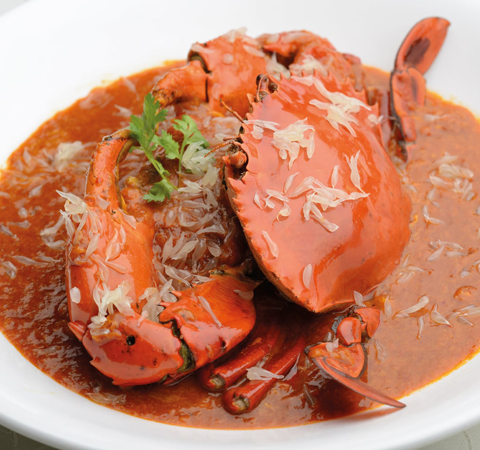 Are You Game For This Spicy Chilli Pomelo Crab Challenge?

It is almost unthinkable if you do not order the signature char siew when you visit Char Restaurant. Because isn’t it what the Chinese restaurant is lauded for?

Well, we found out for ourselves when we eased into the establishment located within the Jalan Besar precinct.

Built on a foundation of raves about its roasts, Char Restaurant is helmed by the Ung brothers of Vietnamese descent who dabbled in gourmet cooking during their time in the United Kingdom. Since setting up Char Resturant in 2014 on our tropical island, the duo has recently upped the ante of their culinary offerings with the addition of Head Chef Chi Leung Tse – a 20-year veteran who holds stints at renowned restaurants such as Raffles Hotel and Imperial Treasures.

With a new culinary force comes an updated menu of delectable dishes, including a new char siew version! So which is better – the original or the latest pork addition? Along with a mix of other Chinese and Cantonese delights, we take a closer look at these meaty offerings.

Sinfully fatty and tenderly juicy, the pork dish is a fitting reward for your commute to the restaurant. The fats of the meaty slices jiggle like jelly when picked up with chopsticks, and almost disintegrates when coming in contact with your taste buds. Consisting 30 ingredients of Asian and Western spices, a chocolatey magical sauce is generously glazed over the roast, which we enjoy its surplus with just plain white rice. Because it’s so decadent, the roast may become jelak after several slices, so it is best for sharing or accompanied by bowls of piping hot white rice.