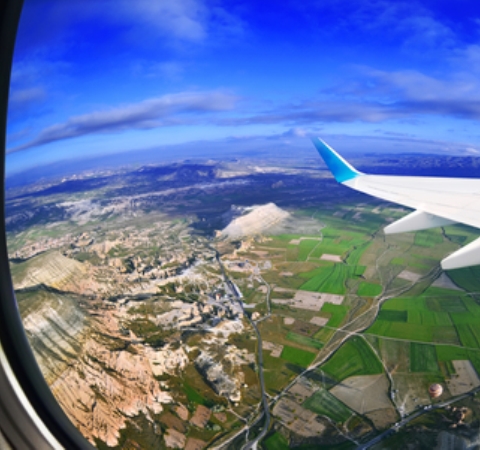 How I Survived A 22-Hour Flight Without Entertainment

Why not join the urban farming movement and grow your own greens?

Growing your own pea shoots doesn’t require much space and can be done in your own flat.

If the idea of growing your own food baffles you — especially with fresh produce and good food easily available — let the different people we’ve spoken to broaden your mind.

With community farms and “farm-to-table” restaurants having sprung up for a while now, the current spotlight is on the “Grow Your Own Food” movement that has taken root slowly but surely in the urban confines of our garden city.

Is this the next stage of evolution for the urban farmer?

“Locavorism”, the consumption of locally-produced food, has been lauded for its merits such as the traceability of the product source, practices that encourage renewable agricultural resources, as well as reduced carbon footprint. As such, it’s encouraging to see that urban farming has taken off in Singapore in various ways, from growing greens in HDB community gardens to planting herbs and vegetables along one’s corridor.

Growing Your Own Greens

There is much satisfaction in harvesting your own greens to make your own food.

For aspiring green thumbs, Chuah Khai Lin, 38, founder of MicroGreens, suggests starting with “microgreens”, which are vegetables and herbs that can be grown from seedlings and harvested within 14 days of planting.

These require little space, indirect sunlight and minimal maintenance, yet are high in nutrients — perfect for the urban, high-rise farmer. To learn the ropes, Khai Lin recommends “urban farming websites and gardening books in the library that can teach one how to grow their own food”.

You can also get hands-on experience by attending the community gardening sessions at Open Farm Community where you can learn basics such as growing greens along HDB corridors, fertilising, growing in containers, as well as how to tackle pest issues.

Most people in Singapore live in high-rise housing estates and this can pose challenges, especially in how much sunlight plants can get.

“This can be addressed by choosing crops that are more suited to low sunlight conditions, such as ginger, galangal, turmeric, or herbs like Indian borage and pandan,” says Bjorn Low, 33, founder of Edible Garden City.

One enthusiast with green fingers is Madam Loh Ah Noi, 72, who resides in the Sengkang-Punggol area. She is actively involved in the HDB community garden near her home and has planted everything from lady’s fingers to cucumbers to winter melons.

Madam Loh advises beginners to be as patient as possible, as young seedlings can be very delicate and prone to being destroyed by bad weather.

Even kids like to get in on the act as they help and learn at the same time.

Many urban farmers not only help out in community gardens but also harvest their own crop. Among them, Cynthia Chua, 44, CEO of Spa Esprit Group, once planted sweet potato and was delighted to use it in her cooking.

What are good ideas for urban crops? Bjorn shares that basil is a very versatile herb that can be used for almost all Western dishes such as pasta, whereas Thai basil goes well with tom yam soup or stir-fried pork dishes.

For Madam Loh, the long hours spent caring for her greens have rewarded her with ingredients for making delicious boiled soup, which she shares with her senior citizen friends who work in the community garden. She enthuses, “I’ve been heading to the community garden almost every day for the past ten years and it brings me joy to harvest my favourite Chinese lettuce and later use them in my cooking.”

Apart from food, certain plants have medicinal value. Doris Lim, 57, says she once suffered a minor burn from cooking and used the sap from her home-grown aloe vera to soothe her wound.

Basil is another popular “microgreen”, that can be grown in an HDB flat.

Those who prefer tucking into a prepared meal from freshly-grown crop can head to the open concept kitchen at Open Farm Community, which uses fresh local produce in creative dishes.

Cynthia says, “We are doing all we can to acquire a larger piece of agriculture land so that we can really work on growing more produce to supply the restaurants. Ideally, all vegetables we use will eventually be sourced and grown locally.”

Other “farm to table” dining concepts include Bollywood Veggies by Ivy Singh-Lim, which harvests various herbs and vegetables and up to 20 different types of banana varieties, and uses them in interesting dishes such as Bolly
Banana Curry.

The Future of Urban Farming

All the buzz about “farm to table” restaurants, the popularity of fresh food markets such as Kranji Countryside Farmers’ Market, as well as NParks’ support for community farms, seem to be signs that point to a bright future for urban farming.

Bjorn points out that there are plenty of potential spaces for urban farmers to grow their greens, including at under-utilised spots such as rooftops, sidewalks and atriums.

“Urban farming can change the landscape of Singapore into something that is productive and yet aesthetically pleasing,” he says.

The growing awareness of food sources and the satisfaction that comes with harvesting one’s own greens has inspired many Singaporeans to start urban farming, despite the limitations of space and sunlight.

On how to start urban farming

By Samantha Francis for Weekender Singapore