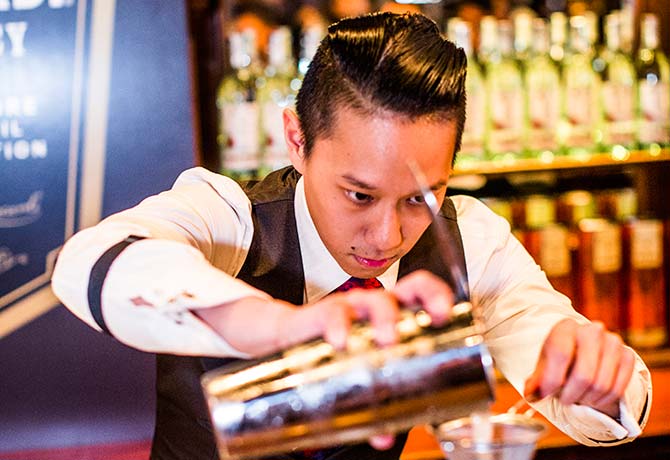 Local food chains are aplenty in malls but some have ventured overseas. Here are some Singapore food chains flying the flag

Singapore is renowned for its dizzying array of food from different races, communities and countries. Here are some popular food store chains with a rich history, and even an international presence.

Old Chang Kee is well known for their yummy Hainanese-style curry puffs filled with curried potatoes, herbs and spices, as well as their fried snacks. Few people today realise its humble beginnings as a stall at Koek Road in 1956.

The stall was later moved to Mackenzie Road near Rex Cinema, and it was so popular that they became known as Rex curry puffs. During its heyday, 700 curry puffs were sold daily.

Bread Talk needs no introduction, with countless outlets in malls island-wide, and with an impressive presence in 11 other countries.

Founded in the year 2000, Bread Talk has become a household name, and has also made successful international forays into the restaurant and food atrium businesses with Din Tai Fung, RamenPlay, Food Republic, Toast Box and more.

Its signature breads and buns include its bestselling floss bun [with pork floss], and curry dozo, which has chicken, potato and carrot packaged in a golden crisp crust.

Crystal Jade began as a Cantonese fine-dining restaurant in Cairnhill Hotel over two decades ago. It has since added Teochew and Shanghainese food to its menu.

Having made inroads internationally, it is no surprise that they also have adventurous “crossover” dishes on their menu such as Deep-Fried Chicken with Black Truffle, which uses a combination of Western and Eastern ingredients.

Sakae stands for “growth” in Japanese, and sounds similar to sake, the Japanese rice wine. Remarkably, it was started during the 1997 economic crisis as its founder, Douglas Foo, saw a niche market for kaiten (conveyor belt) sushi at affordable, mass-market prices.

He came up with this idea after frequenting Japanese restaurants with his wife, who liked Japanese food. The business took off, and he wanted to turn it into the “McDonalds of sushi”, worldwide. Today, branches can be found in China and Malaysia.

Formerly known as Kheng Hoe Heng Coffeeshop, Killiney Kopitiam was established by a Chinese immigrant from Hainan. Back then, it was famous for well-brewed coffee and charcoal-grilled white bread toast.

A regular customer, also a businessman, bought over the coffee shop from the retiring owners in order to preserve the Hainanese heritage. After renovation, he renamed the place “Killiney Kopitiam”, which has since been listed as the “oldest existing Hainanese coffee shop”, with branches in Malaysia, Indonesia, Hong Kong and Australia.

Instead of searching for new eateries, why not check out these global Singaporean chains?