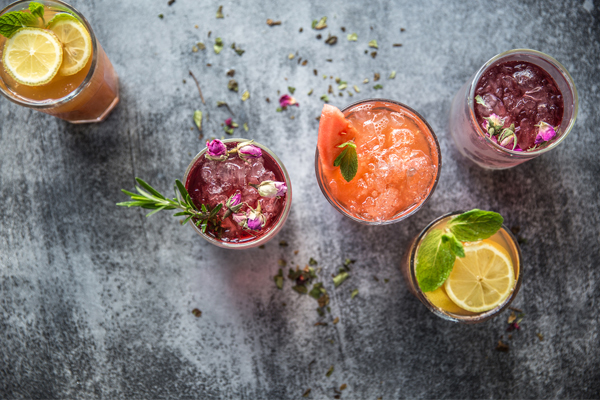 Sip On It — Melbourne’s T2 Tea Is Now In Singapore

Well-known craft-brewery & restaurant LeVeL33 is back – with a new look and new menus!

Earlier this year, LeVeL33 closed its doors to the public to undergo a series of extensive renovations – and after six weeks, it’s now back, with a brand-new look and new menus to boot! The redesigned brewery-restaurant is now divided into three spaces: the LeVeL33 Dining Room, LeVeL33 Social, and Terrace, each with their own individual menus – curated for the spaces by Executive Chef ArChan Chan. Look forward to elements of beer being integrated into each dish, and not just beer itself; but ingredients used to brew your pints too, and in creative ways!

Chef ArChan takes inspiration from the beer brewing processes itself; reflecting the journey of brewing through her food in what the LeVeL33 team terms “ContemBrewery“. The innovative chef has started making her own vegetable pickles with spent grain, as well as dry-aging her own meats – all of which are displayed in their refrigerated glory in the LeVeL33 Social space.

Now, you may be asking about the redesigned layout that LeVeL33 now has – what are they for? Well, each space offers a different ambience and culinary genre; allowing you to choose the best venue for your dining experience.

Going for a business meal, or having a romantic anniversary dinner? We recommend the LeVeL33 Dining Room which offers an air of refinement and tables spaced wider apart for greater privacy, as well as an excellent nine-course degustation menu and even a private dining room endorsed by LeVeL33’s long-term partner Barons de Rothschild.

Here, dine on dishes like the Kingfish Sashimi cured in lager and served with cucumber and tapioca; Wagyu Beef Tri-tip with house-made veal and stout jus; or Chef ArChan’s hand-made Squid Noodles served in a clear seafood consommé with lager-pickled enoki.

Vegetarians, don’t worry! Chef ArChan strongly believes that one should not be left out of a good meal due to their dietary requirements or choices: the vegetarian degustation menu offers up equally mouth-watering dishes such as Fig Carpaccio, where slices of fresh figs are topped with fried capers, Comté cheese shavings and rocket leaves, and drizzled with moscatel vinaigrette; or the nutty and satisfying Spent Grain Linguine hand-made fresh with seaweed butter and parmesan, and garnished with truffle.

Meanwhile, LeVeL33 Social and the Terrace have more casual atmospheres, with the latter offering mostly standing spaces as well as a gorgeous view of the cityscape – complete with the cool breeze on your skin! Here, the spaces are designed to facilitate social interaction, with smaller tables and more sharing platters – making it easier to lean in and share about one’s day, grab a bite or two from another plate, and connect!

Don’t miss out on the grilled dishes here – especially as they come with Chef ArChan’s mini house-made Spent Grain Mantous! Made with spent grain (an ingredient available only because of the integration of the brewery into the restaurant), the mantou are crisp and have a rich nutty flavour – you can’t just stop at one!

We enjoyed the Octopus (S$23), served with fennel escabeche and saffron aioli. Delightfully chewy without being tough, thanks to being cooked sous-vide and grilled on order; we liked how it paired well with the tangy escabeche and creamy aioli.

Another dish we loved was the tender Grilled Pork Jowl (S$34) marinated with LeVeL33’s Stout, lemongrass and ginger flower; resulting in a smoky spiced flavour that was well complemented by the tart Green Goddess sauce.

Seafood lovers, you’ll enjoy the raw bar here at LeVeL33: they offer three different kinds of freshly-shucked oysters, French, Canadian, and Irish (from S$6 each)! We especially enjoyed the sweet and juicy Canadian oysters, with just a drizzle of lemon.

Psst: there’s also an Oyster Happy Hour for those of you mollusc maniacs! Happening daily from 4 to 6pm, and from 10pm onwards, pair your oysters with prosecco, champagne and the Brut Beer, a brew made with same champagne yeast from Barons de Rothschild.

And don’t forget dessert! Chef ArChan incorporates beer brewing element even in the desserts; and you’ll see it clearly in treats like the incredible Spent Grain Chocolate Tart (S$15), which includes spent grain in the tart shell, as well as a rich stout-infused ganache filling.

The beer-inspired Petit Fours (S$8) too, are a delightful sweet conclusion to a meal. We especially enjoyed the lager beer puff (first from left): house-made choux pastry filled with lager pastry cream;
and the IPA brownie (second from right), a dense chocolatey bar made with dark chocolate and spent grain powder, infused with IPA syrup.

Drinks-wise, because why come to a brewery if you’re not going to drink, don’t leave without trying the exclusive seasonal brew: Brut Beer! Made with champagne yeast and the expertise of LeVeL33’s resident Brewmaster Gabriel, this brew indeed has notes of the well-loved bubbly. Made with specialty German malt, LeVeL33’s Stout was also wonderfully refreshing and surprisingly light despite its dark hue – perfect for our hot weather!