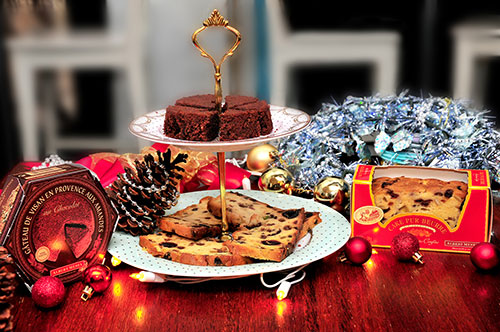 Celebrate the festivities with gourmet cakes

So incredibly poisonous that even a small mistake in its preparation can be fatal, fugu (pufferfish) is also a luxurious delicacy.

If you're curious enough to have a try, check out Guenpin Fugu.

Japan's largest fugu chain has opened its first overseas outlet in Singapore and its chef, Tomita, boasts over 30 years of fugu cuisine under his belt.

The restaurant prides itself on serving the highest grade of fugu — the Tiger Puffer Fish, or torafugu in Japanese.

Here are six dishes to try, if you're game enough.

One of the popular choices on the menu, The Puffer Fish Hot Pot is served in a bowl of warm broth made from various parts of the fish including the bones. The best part to enjoy is the cheek, which contains extra collagen! Once you’re done, rice can be added inside the leftover soup and seasoned for some comforting porridge to end your meal with.