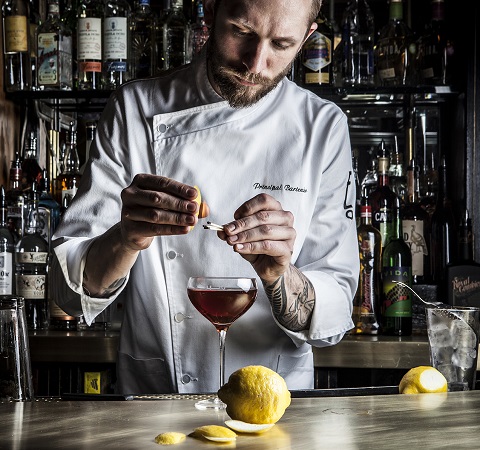 Employee’s Only: A Speakeasy In The Heart Of SG

How lovely does a 62-year-old whisky taste?

Macallan and Lalique – a fine crystal house – presents the latest masterpiece from the Lalique Six Pillars collection. This current Spiritual Home decanter is the fifth one in the collection, and it contains a very rare 62-year-old Macallan single malt whisky.

Limited to only 400 individually-numbered descanters, 40 of those are to be made available exclusively in the South East Asian region. Since its inception in 2005, the partnership has represented a marriage of the finest and rarest Macallan single malt whisky and bespoke designed decanters from crystal craftsman at Lalique.

Macallan will be donating the proceeds of the sale from the first decanter valued at $33, 000 to Habitat for Humanity Singapore, whose mission is to eliminate poverty housing by building simple, decent houses with homeowners and volunteers.

The colour of the Macallan 62-year-old whisky itself is a dark rich cherry shade, and it contains aromas of treacle toffee that leads into raisin and blood orange.

You can also sense a slight taste of spice, as well as a smoky taste of oak.

How does it taste to me? Mostly like dried fruits with ginger and woody flavours. It coats the mouth slightly and burns comfortingly when drunk neat. The alcoholic content for the whisky stands at 53.1 per cent, which is extremely rare for a whisky of this age.

David Cox, Director of Fine & Rare Whiskies for The Macallan said, “We are privileged to have the opportunity to produce a magnificent 62-year-old, originally filled to American oak sherry seasoned casks in November 1950. This is the second oldest Macallan ever released by the distillery since its foundation in 1824.”

Macallan previously released a 64-year-old whisky in Lalique, which was auctioned by Sotheby’s New York for US$460,000 for charity:water (a non-profit organization bringing clean, safe drinking water developing nations) breaking records for the price
of scotch whisky.

The Spiritual Home Decanter is available for purchase. Contact 6653 2000 for enquiries.