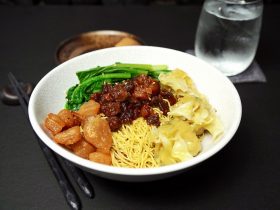 Sandwiches are the best go-to meals

Sandwiches sometimes get a bad reputation of being a boring food option. Competing with fancy salads and creative lunch bentos, sandwiches may seem to lack that culinary appeal. These 7 places will make you change your mind – they have created sandwiches that infuse a variety of flavours to spoil you for choices. The 4th Earl of Sandwich probably did not have a clue how far a his idea of stuffing meat between bread would go when he created the very first sandwich.

Photo: Seoul in a sandwich

1. Seoul in a sandwich

Seoul in a sandwich is a concept that blends the east and west seamlessly by combining the western breads with warm, Korean-flavoured fillings. Together, they produce rich flavours that are familiar yet unique leaving you craving for more with each bite. Take a pick from their signature classics such as citron cream cheese & asian pear toast made of citron jam bits and a generous bread of cream cheese; and kimchi grilled cheese toast which as the name suggests is filled with kimchi, mozzarella and cheddar cheese. Another toast that you cannot go wrong with is their Seoul street toast which consists of onion cabbage omelette, chicken ham, sliced cheese and mayonnaise.