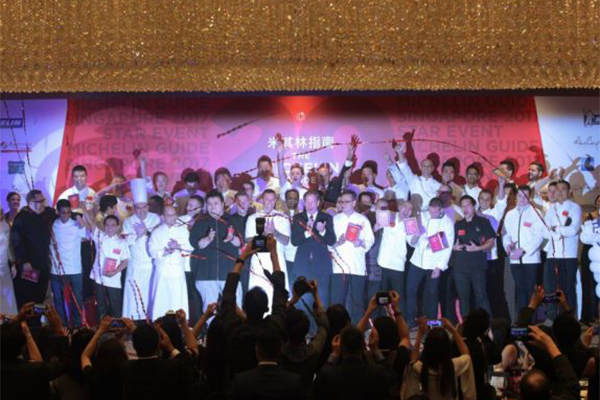 The Third Edition Of Michelin Guide Singapore Returns On 25 July

Milk teas and crispy buns, anyone?

When in Hong Kong, the whirlwind of shopping sprees normally concludes at famed local teahouse chain Tsui Wah for gastronomic respite – a practice you can now mirror in Singapore with the first Southeast Asian outlet opened in Clark Quay.

Seating 140 diners, the restaurant reflects the same design model of the other 60 outlets spread across Hong Kong and China, including its open kitchen where you can have a little look-see at the heated culinary action. And to stay true to Tsui Wah’s Cantonese delights, the local kitchen staff was trained by the brand’s Hong Kong team, where some the chefs stationed permanently onsite to ensure that standards are met.

With some recipes dated back in the 1960s, Tsui Wah’s food truly stood the test of time, as indicated by much of the fanfare for offerings such as the Crispy Bun with Condensed Milk ($4) and the iconic Milk Tea ($3.50 Hot/$4 Cold), held in an adorable ceramic when you order the Hot variation.

Here are some must-tries at the newly-opened Tsui Wah in Singapore:

Tsui Wah hands you the reins to how you can eat this noodle dish –on its own, tossed with super shiok XO sauce, or dampened with accompanying fish-based soup. The noodles are in a delish QQ texture, adorned with six plump prawns that are sprinkled mentaiko eggs.