What do you think of when you see a patch of parched desert land? One person thought, “Let’s plant a giant garden here.” And that’s how the Dubai Miracle Garden was born.

Located in the district of Dubailand, Dubai, the garden opened on Valentine’s Day in 2013. It features more than 45 million flowers covering an area of some 72,000 sqm, making it the world’s largest natural flower garden.

Along with flowerbeds, the garden creatively shows off its florals with topiary-style displays in quirky shapes like hearts, stars, igloos and pyramids. The floral displays change every season. 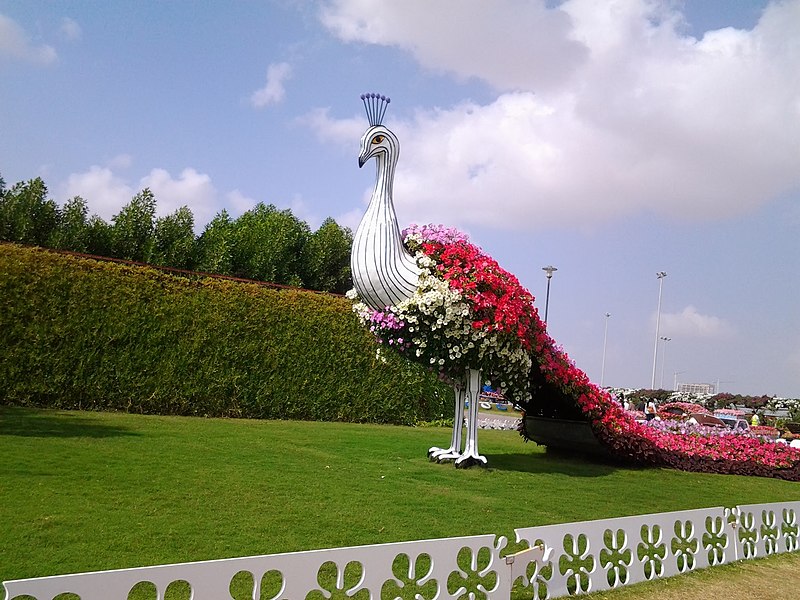 One of the Flower Houses that can be found in Miracle Garden. (Photo: Wikimedia Commons)

Another impressive feature of this gigantic garden is its eco-efficiency – it uses a unique drip irrigation system that recycles waste water and eliminates evaporation, saving up to 75 per cent of water and energy.

The Dubai Miracle Garden operates from October to April and remains closed from June to September due to high temperatures (that can reach up to 40°C). Admission is 30 Dhs (about $11.40) per person.

Experience A Unique Staycation with SG Hotel on Wheels