Creative people probably agree: When we’re in a beautiful space, we get inspired. No wonder some companies have pulled out all the stops to create awesome work spaces for their employees.

Here’s a round-up of some of the best:

Meetings are a hundred times better once a mini-barbecue grill joins the party.

The Singapore office of this bed-and-breakfast booking site is a three-storey sight to behold. Every room in the building mirrors a real-life Airbnb accommodation. For example, the meeting room above is an iteration of this Auckland cottage.

The Airbnb staff themselves went all out in conceptualisation, material sourcing and interior design. With an end-result like this, we wouldn’t mind all that extra effort either. Known to have one of the best employee welfare programmes in the corporate world, Unilever is a consumer goods giant with a Singapore office located in Pasir Panjang. The building houses a cafe serving Ben & Jerry’s ice cream, a Fitness First gym, and even a hair salon and a spa.

Employees can enjoy these services and treats at special staff rates. 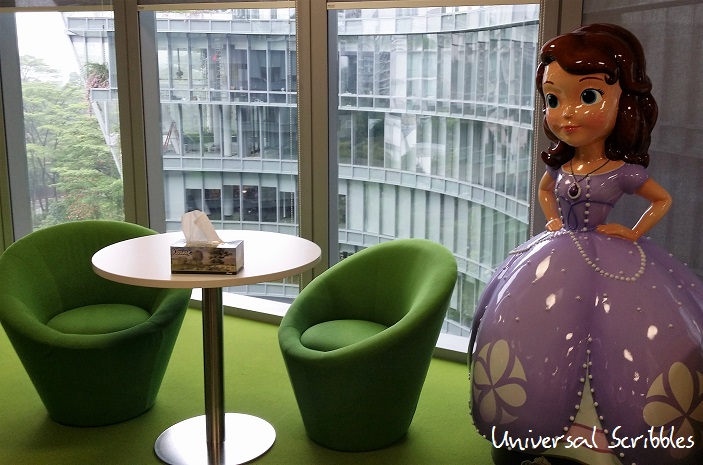 Having personally been inside the Disney office – or rather, the Disney/Marvel/Lucasfilms/Pixar hub – we can attest to its impressiveness.

You’re inspired the minute you hear its name. The colossal building in One-north is called the Sandcrawler, named after the mobile fortresses in the Star Wars universe.

Each room is themed according to a different Disney film, and the meeting room that we were in made us feel like we were in a super-secret end-of-the-world discussion with the Empire.

The social networking titan set up its two-storey office here in 2010, and one of the most Instagram-worthy features? A cafe that’s been modelled after an olden day coffee shop.

The walls throughout the building are also decorated with specially-commissioned graffiti sporting Asian icons, like koi and a guardian lion.

Who can forget one of the pioneers of creative office spaces?

We’re tickled that Google names its office spaces after local lingo. That means Singlish names for its meeting rooms in the Singapore office, like “Stylo Milo” and “Obiang”.

Its cafeteria, creatively called the Goopitiam, has a menu which changes every day and features everything from a carving station to live pasta preparation.

Which of Singapore’s offices would you most like to work in? Do you know any inspiring offices in town?

Fresh Eats: New Restaurants Opening and Brunch Spots To Check Out This Month

Indulge in a Classic Afternoon Tea at the Restored Raffles Hotel

12 Restaurants To Have A Spectacular National Day Feast At