Here’s The Latest Trailer For “Fear The Walking Dead” S2

With these exciting new documentaries, you no longer have an excuse not to admire the Earth’s powerful beauty.

BBC’s new channel, BBC Earth, is officially launching tomorrow (Oct 3) at 9pm on StarHub TV Channel 407, with a spectacular line-up of series that looks set to entertain, fascinate and maybe even shock you. Already, these three have captured our attention —  I know what I’ll be watching this weekend.

The definitive series for every shark lover out there, “Shark” will reveal jaw-dropping content and footage that has never been seen or attempted before on any other shark documentary.

Get up close to more than 30 species of these fearsome predators, including one that — hold on to your fins — walks on land. Observe the complex rituals and social habits of sharks across dozens of locations worldwide, ranging from shipwrecks to subglacial waters. 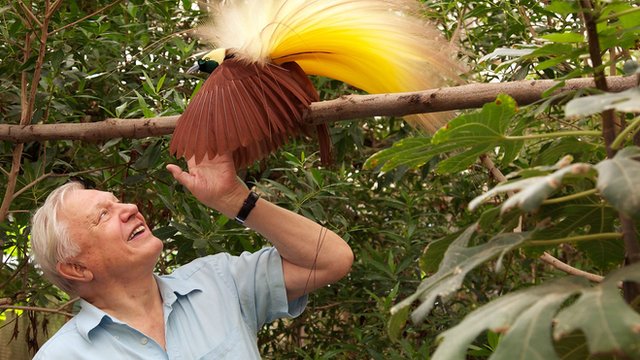 The iconic face of documentaries, Sir David Attenborough returns to BBC Earth with a documentary that traces the origins of mankind’s obsession with birds of paradise, producing acts both treacherous and sublime.

Sir Attenborough, who has been fascinated by such birds since his youth, uncovers the secret behind the magnificent animals’ evolution.

“Attenborough’s Birds of Paradise” premieres on Oct 4, Sunday at 8.10pm.

With climate changes going on overdrive around the world, it can’t hurt to be inspired and prepared by the stories of people who have survived destructive natural disasters.

From a cruise ship felled by a raging storm, to two friends battling to rescue trapped hotel guests amid the Philippines’ most devastating typhoon on record, each episode will have you gripping the edge of your couch. With raw footage and eye-witness testimonies, the series may just teach us a thing or two about survival.

“Extreme Weather: The Survivors” premieres on Oct 21, Wednesday at 9.50pm.