The big-budget historical epic hit our shores last week for its Gala Premiere, but was the blade slightly dull?

[dropcap]When[/dropcap] I saw Dragon Blade during its Gala Premiere here, I was enamoured.

How could I not be? We were personally greeted by Asia’s Hollywood homeboy Jackie Chan, Academy Award-winner Adrien Brody, acclaimed actor John Cusack, and South Korean heartthrob Choi Siwon.

Chan had spent some extra minutes in the cinema heartily thanking us. Cusack was sipping ice lemon tea with me earlier that day, and Choi had waved to me enthusiastically on his way into the theatre.

But with the murmurs of not-so-pleased critics humming away, I set down my rose-tinted glasses and took a closer look at the movie and the cast’s visit to Singapore. Here are the ups and downs of note!

In the movie, Chan plays Huo An, leader of the Silk Road Protection Squad – a band of men that maintains amity between the region’s 36 nations. This movie is about peace, Chan explained to us.

He said: “I think peace is what the world needs the most right now… I hope certain people in certain countries can see the film and understand the importance of peace.”

Chan revealed that he was also a peacemaker behind the scenes. He said: “We had to teach the extras step by step and make sure they didn’t feel too hot in the desert… So I spent time taking care of them, sharing meals with them.”

Moment to notice: The only time Chan’s character kills, it is out of mercy

Brody’s portrayal as the cold-hearted Roman Prince Tiberius is spot-on. With those slant eyes, thin lips and slim build, his look for the Machiavellian part is complete.

You would think such a cunning, greedy character would be predictable, but Prince Tiberius is a surprise. When his treacherous actions are called out, Brody channels such emotion that you’re truly torn up over whether to believe him.

We wouldn’t expect less from the Academy Award winner, who shot to fame with his role in The Pianist!

Moment to notice: Prince Tiberius’ flashback scene, which is filled with poignant remorse 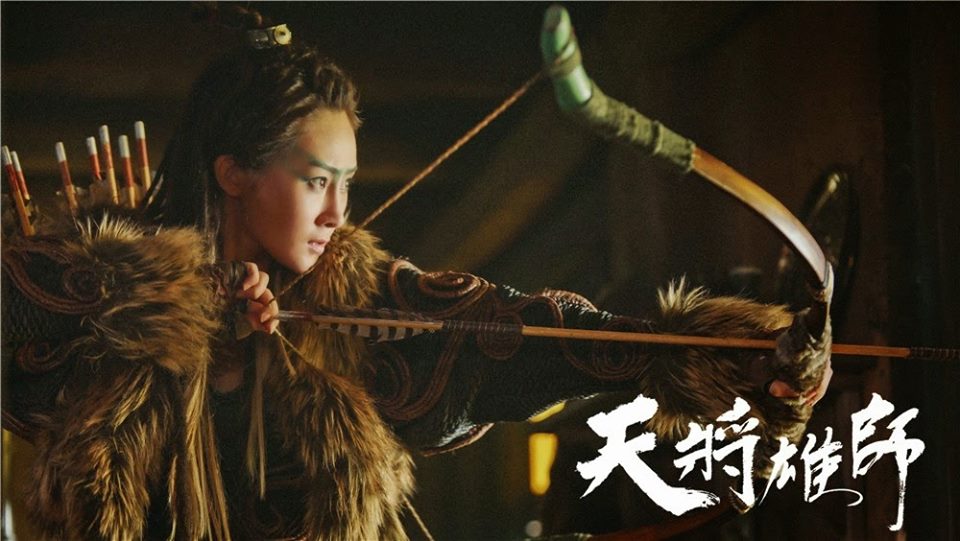 Many of us are used to (and tired of) seeing women being portrayed as the meek domestic goddess while the men fight it out in historical epics. Dragon Blade overturns this.

Huo An’s wife, played by Mika Wang, teaches Mandarin in a school, while Huo An sheepishly struggles to write. The princess of the Hun clan, played by Lin Peng, fights ferociously in the field.

Interestingly, the tables were turned again in real life. Speaking to media, Wang was the most vocal about her confidence. “When I watched the film, I feel it’s very great,” she said.

But Chan kept her pride in check with a strict interjection: “Don’t praise your own film. Say it’s all right. You must remain humble.” He shook his head and muttered: “Very great? How have I taught you?” Looks like Chan’s the real teacher in the industry!

Moment to notice: The men are for once emotionally vulnerable and not all tough brawns

Miss: Not His Family

In a revelation that stirred up the room, Chan said without missing a beat: “Movies are more important than meeting up with family.”

His son, Jaycee Chan, was sentenced to six months in jail for a drug offence last year, and is expected to be released soon. But Jackie “won’t say anything to him,” he admitted. “I believe he has reflected on what he’s done and will face his life positively from now on,” he told us.

Not to say that family isn’t important to him, of course. Chan proclaims that the Year of the Sheep will be a good year since Jaycee will be released, and they’ll get to meet “sooner or later”.

Try not to notice: Jackie often plays a father figure to a child who’s not his – like his care for a young Roman royalty in Dragon Blade

Dragon Blade was too melodramatic. It may have been created to promote peace and co-existence, but the gratuitous bloodshed and genocide spoke otherwise.

I felt a certain conflict of tone. The wanton mass fighting drowned out some well-shot heart-gripping moments, and the scenes of modern-day archaeologists romancing away were as unnecessary as war and death.

Like straining my neck to catch a glimpse of the cast from behind the horde of fans at the Gala Premiere, I felt that Dragon Blade’s sincere message is an elusive whisper muffled by all the extra noise.

Try not to notice: The opening and closing scenes of the movie