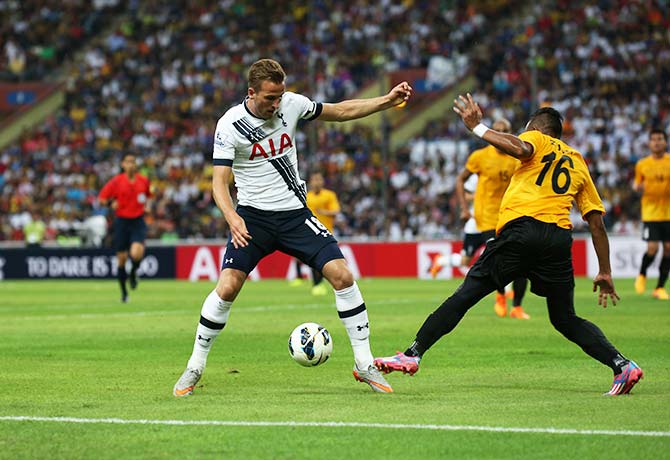 Will The Red Devils Trip The Foxes?

That’s right! 7 x GRAMMY winner, US pop sensation Billie Eilish be bringing the hotly anticipated Happier Than Ever, The World Tour to Singapore.

If you do not already know, the singer’s tour dates in North America, the UK and Europe were sold out in record time last year. Do you want to hear her live? Camp for it as the public tickets are going on sale tomorrow (28 June 2022) at 10am. Ticket prices start from S$130 and go all the way up to S$310 excluding the booking fee.

In just four years, Billie Eilish has attained 7 x GRAMMY wins, and 10 x nominations, with her music accumulating over 73 billion streams globally. She has also received awards for ‘Song Of The Year’, ‘Record Of The Year’, ‘Best New Artist’ and beyond.

Billie released her debut track in 20215, ‘Ocean Eyes’, and continued to win the hearts of many with other productions such as ‘Bad Guy’, ‘You Should See Me In A Crown‘ and ‘Lovely’.

Debuting at #1 on Album Charts worldwide in July 2021, the new album Happier Than Ever… “fully establishes Eilish as one of her generation’s most significant pop artists”, wrote NME in their 5-star review.

Rolling Stone called it “heroically honest”, while DIY Mag noted it’s “not just a triumph in progressing a signature sound into new territories, but a lesson in how to own your reality with confidence and class.”

Eilish made her Disney+ debut with Happier Than Ever: A Love Letter to Los Angeles on 2 September 2021 – a cinematic concert experience, filmed on the stage of the legendary Hollywood Bowl and featuring an intimate performance of every song on Happier Than Ever in sequential order, performed for the first and only time. It was produced and written by Billie and her brother, Finneas O’Connel themselves.

On her Happier Than Ever, The World Tour, Eilish will continue her work with sustainability partner REVERB, which focuses on climate action and climate justice, hosting and supporting local and global environmental organizations as well as a comprehensive program via REVERB’s Music Climate Revolution campaign.

In addition to reducing the tour’s environmental footprint, the initiative will support projects that directly and measurably eliminate greenhouse gases. These collective efforts will make the tour Climate Positive; eliminating significantly more emissions than the tour creates.

Happier Than Ever, The World Tour is set to take place at the iconic Singapore National Stadium on 21st August 2022, Sunday.