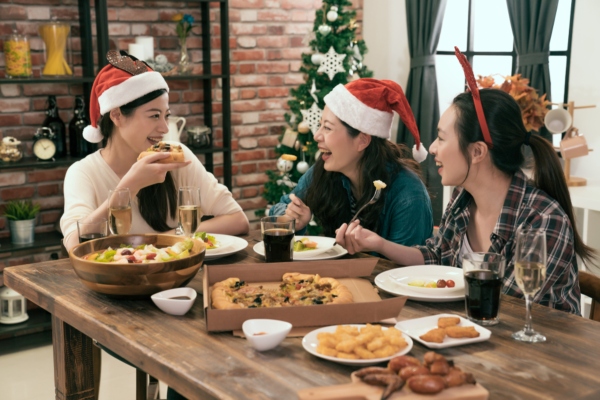 North Indian and Chinese culinary techniques come together in colourful dishes at Copper Chimney — but is it good fusion or confusion?

As a Eurasian, I’m often questioned about my mixed parentage and cultures.

Thus, it comes as no surprise to me to hear of confusion arising from varied culinary fusions in the dining scene here.

As such, I was a little apprehensive when I visited Copper Chimney, a restaurant which prides itself in its distinctive North Indian and Chinese-Indian, or “Chindian”, cuisine.

Helmed by new Executive Chef Gyanesh Dass, Copper Chimney’s niche is in Chindian specialities — dishes originating from ethnic Han Chinese in India who grew to enjoy the local Indian spices and incorporated these ingredients into their traditional Chinese cooking styles.

Looking at the menu, it’s clear that the restaurant chooses to focus on what it does best rather than to have a spectrum of choices of lesser quality.

My meal kicked off with Malai Chicken Tikka ($12) with a side of mint sauce. Being used to the bright red and heavily-spiced chicken tikka masala so often served at Indian diners, I found the dish here surprisingly light-coloured and simply-seasoned. Yet, the chicken fillets impressed with their tenderness and lightly-charred surface.

Next, we had the Salt and Pepper Baby Corn ($9), a delightful snack cloaked in batter, which gave way to a crunchy bite.

Stir fried in a savoury combination of peppers, garlic and soya sauce, the baby corn dish reminded me of the Chinese kung pao chicken.

Of the Rich and Spicy

The Mutton Roganjosh stood out for its tender meat and fragrantly-spiced gravy, and paired well with the thin yet supple Rumali Roti.

The Rumali Roti, affectionately called “Handkerchief bread” in North India, is made by skilful chefs who manoeuvre
the dough over a tandoor oven until it becomes soft.

Having savoured the North Indian favourites, we were served Chindian specialities. Not knowing what to expect, I bravely went for a big mouthful of the Szechwan Fried Rice ($11), and was slightly taken aback by the fiery spiciness.

After fighting the fire with a glass of refreshing Mint Calamansi ($4), I began to understand why this was one of the more popular choices. The use of Chinese spices in Basmati rice created a hearty and zesty flavour that was full-bodied and delicious. On the other hand, the Szechwan Noodles ($11) was overly greasy and lacked the aromatic wok hei I expected from a stir-fried noodle dish.

If you only have space for one dessert, go for the Lychee Kulfi ($7). The traditional Indian frozen dairy dessert comes in flavours such as rose and pistachio but the lychee-infused one was particularly divine.

For post-meal theatrics, order the Sizzling Brownie and Ice Cream ($7.50). Once the chocolate syrup hits the hot pan, it bubbles beautifully and turns into a fudgy sauce that goes nicely with the house-made brownie.

Overall, I liked that Copper Chimney’s menu was a good interpretation of both Indian and Chinese influences, translating them into dishes that are distinct in their flavours. There was certainly good fusion and no confusion.